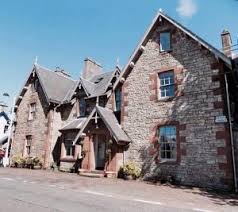 Come off the M74 at Abington and follow the signs for Leadhills.

Meals and accommodation available. Discount available on room when you mention you are coming for the concerts

Benny has just finished a very successful tour with “The Pitman Poets”.He sings songs from the North East of England and with gentle humour. A stalwart of the folk scene, with a vast repertoire of material from mining disasters through to music hall ditties. Chuck is a well known fiddler and mandolin player. Previously he was with the legendary JSD Band – amongst others – he was a founder member of Five Hand Reel and the Champion String Band. He then toured Britain and the USA with the Steel Skies Band, alongside concertina maestro Alistair Anderson.

A welcome return for Marian – we had a great night on her last visit.
She has been hailed by music critics as “the golden girl of Irish music”. Hot Press: “… pours out her heart and a rich palette of emotions”. In a poll of the magazine’s readers, Bradfield was voted “Ireland’s top female artist”, while critics named her “best solo performer of 1993”.

19th June Aaron Jonah Lewis – has been to a house concert previously with The Corn Potato String Band – details to follow.

Grant Maloy Smith is a Billboard Top 10 recording artist and MusicRow CountryBreakout charting songwriter of COUNTRY/ROOTS music – an artful blend of country, bluegrass and folk music. His latest album, Dust Bowl – American Stories rode the Billboard charts for 17 weeks, including eleven weeks in the Top 10 on the Americana/Folk Album Sales chart and reaching as high as #12 on the Country Album Sales Chart. The “Bible” of American Roots music.

Direct from the Edinburgh Fringe!! Please note: This is an afternoon concert @ 2.30

With their unique onstage-chemistry and their widely praised harmonies, the Anglo-German duo Paul Walker & Karen Pfeiffer entertain and engage their audiences “in a likeable, humorous style”. Combining their own beautifully written songs with a fine choice of folk favourites, Paul’s vocal and individual guitar style blended with Karen’s voice, clear and yet so powerful, leaves audiences mesmerised:

“I have never seen our audience so spellbound!” exclaimed a promoter recently. Karen adds with alto and tenor recorders, Irish flute and whistle – and not to mention the odd German ‘joke’ – to this fantastically entertaining night.

A memorable evening of great music and fun awaits. Definitely a night not to be missed!

Most House Concerts are at 8.00pm